This  review is a “twofer.” Technically three, if you count the two discs in The Unity Sessions.

Guitarist Pat Metheny seems to be an artist who has more hat tricks in the studio and on stage than he does striped shirts in his wardrobe. Unless he wears the same one all the time.  Not relevant to his music, I know. But the man does favor the horizontals. Metheny jumped immediately into the limelight.  Straight out of the gate he led a one-man assault on the jazz and guitar mores of the 70s and he could write, too. Four decades later, he’s more driven than ever to show his disinterest in the mundane.  Unlike many of his peers, he’s not apt to phone in a book of standards anytime soon. Back in 2012 he assembled his Unity Band, which is more of a traditional horns -and -rhythm affair. This setting had been all too neglected in his career according to the artist. These sessions are actually a companion piece to a documentary video that took place using a “belly of the beast” style camera setting on the stage for a theater performance. 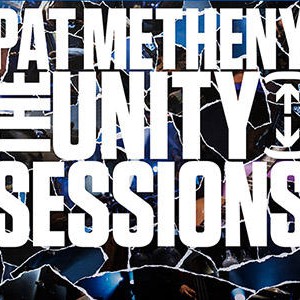 The Unity Sessions are not a series of cast offs and out-takes, rather than a cleverly -cobbled assemblage of diverse and new material. He’s joined by original Unity Band members and frequent sidemen Chris Potter, Antonio Sanchez and Ben Williams. The acoustic “Adagia” is short but beautiful. An ambitious “Medley,” and even a take on “Cherokee,” are just a few that make this worthwhile. 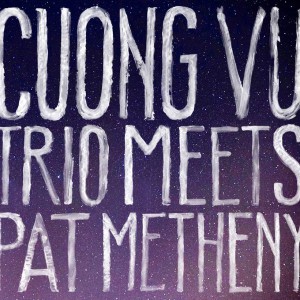 Like many of us of a certain age, trumpeter Cuong Vu first heard Pat Metheny as a young man when a zealous music friend gave him a cassette.  Fast forward (pun intended) 17 years and the former wide-eyed Metheny devotee finds himself on stage with the guitarist.  Listening to this new recording and a great deal more of Cuong Vu’s body of work, it’s immediately apparent that he’s drawn more from the progressive and experimental side of the guitar great. Song X, Metheny’s collaboration with Ornette Coleman, and his Trio ’99-00 avant-garde excursion must have made a keener imprint on the young trumpeter. Both musicians are clear that this is a merger with Cuong Vu in the driver’s seat.  Vu does imply there’s an assimilation of the Metheny sound, whatever that may be.  As far as the writing goes, it’s an all-Vu affair with one exception: “Telescope” finds him sharing credit with Pat.

The recording is mostly introspective and I wouldn’t recommend it for evangelizing a jazz newbie. But it offers a nice diversion into bolder territory. A pursuit we always encourage.