“Mixing splash and sophistication in a manner akin to ’50s swing-bop ensembles, Simenson canvasses a dynamic range of moods and textures over the course of a dozen original songs…” Britt Robson, Star Tribune

Long-time performer and bandleader Bill Simenson gathers up his 17-piece orchestra for a double celebration on June 6 (8:30 pm) at Jazz Central Studios: The evening marks the 5th anniversary of monthly performances at Jazz Central for the Bill Simenson Orchestra as well as a celebration of the band’s February 2017 release, Big Alpaca, cited by the Star Tribune as “a  midyear contender for the best local jazz disc of 2017” (Britt Robson). 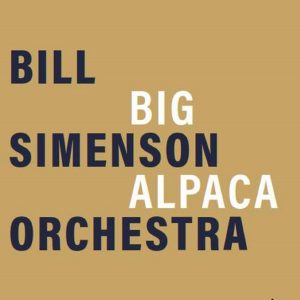 In June of 2012 he launched the Bill Simenson Orchestra, performing his original music on the Big Band Night (the first Tuesday of every month) at Jazz Central Studios. Bill also leads the Bill Simenson Quintet and teaches trumpet privately in a variety of locations in the Twin Cities. Among his awards, he has received a Bush Foundation Fellowship in Music Composition (1999) and Jerome Foundation Travel and Study Grant (1990).

The Bill Simenson Orchestra includes 17 “A-List” musicians who appear throughout the Metro and beyond in many configurations:

Jazz Central is located at 407 Central Av SE in Minneapolis. This non-profit venue for performance and education hosts live music at least five nights per week, including the Tuesday Night big band series. Donations of $10 ($5 for students with ID) are appreciated to support the musicians and the venue. Full schedule at http://jazzcentralstudios.org