Skip to content
Home>Recordings>Matt Wilson Remembers Felicia With “Beginning of a Memory” (Palmetto, 2016) 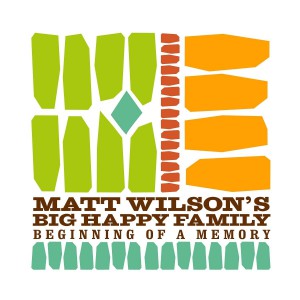 A couple of years back, tragedy struck the family of a gifted musician. Matt Wilson’s wife Felicia passed away. They were partners in the usual sense of married couples: They had raised triplet sons and a daughter, and lived together in a very musical household. She was an accomplished violinist and educator, leading youth orchestras and spreading humanity wherever she traveled.

Wilson’s new recording, Beginning of a Memory, is part elegy, part love letter, and all tribute to his late wife. If you’ve had the opportunity to see the drummer with any of his bands in a live setting, you know that he is more than a bit of a cut-up on stage. He’s been known to don wigs and engage the audience in his antics. Sometimes funny, often a bit bizarre, his shows are entertaining excursions and serious music affairs at the same time.

Given the subject matter, you might expect this recording to be a bit of a maudlin affair, but that simply wouldn’t suit Wilson’s brash and elegant style.  The mix of moods here is typical of his recordings: melodic, winsome, zany and sophisticated. If you actually purchase CDs, you can read the liner notes as I did and come away feeling as though you’ve become intimate with what must have been an incredible human being. Which is the ultimate goal of a tribute, isn’t it?

The title track, “Flowers for Felicia,” and the strangely fitting plays on potatoes and rutabagas, defined the experience for me.