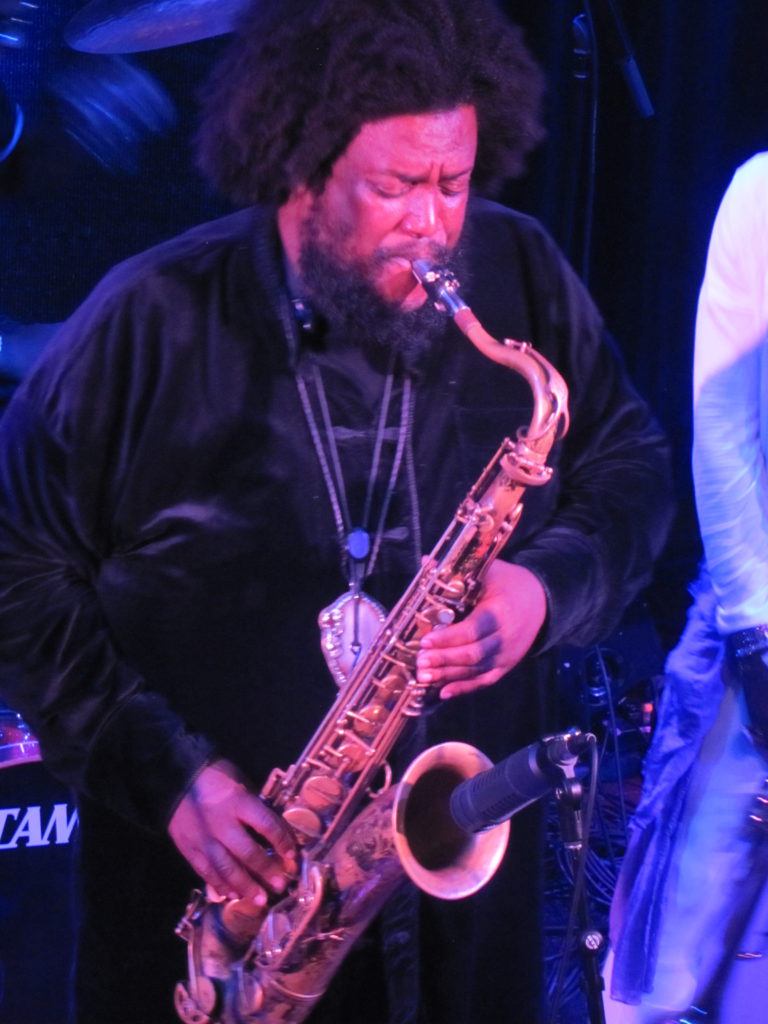 show at the Dakota on August 26 reacted with appropriate enthusiasm for the jazz world’s most buzzed-about new star. Since releasing his genre-spanning debut release “The Epic” in 2015, Washington has been on a meteoric rise, sometimes hailed as a John Coltrane-like jazz savior – in Rolling Stone and elsewhere – and for his ability to excite young audiences who previously spent their time and money on rock, pop and hip hop music.

In that sense, he’s exactly what creative music needs to thrive and continue evolving.

In this case, “debut” is something of a misnomer, since “The Epic” followed three self-released Washington released between 2005 and 2008. Washington’s musical bio fits the show biz archetype of the “overnight success” whose rise to stardom follows years of learning and struggling in relative obscurity.

The son of a jazz musician, Washington was born in Los Angeles in 1981, and grew up in South Central where he was surrounded by some of L.A.’s greatest creative musicians. One of the people most responsible for Kamasi’s development as a musician and person plays in his band: his father, Rickey Washington, who played soprano sax and flute at the Dakota. The Selmer Mark VI tenor sax Kamasi uses today was once his father’s axe.

After declaring his plan to become a jazz musician at age 13 (according to a 2016 New York Times Magazine profile), Washington’s formal learning process included the Academy of Music of Alexander Hamilton High School in L.A., followed by a stint at UCLA’s epartment of Ethnomusicology, where he studied under faculty heavyweights such as Kenny Burrell, Gerald Wilson, and Billy Higgins. Hall of Fame drummer Higgins tutored a quartet that included Washington, pianist Cameron Graves, and the brothers Stephen (“Thundercat”) and Ronald Bruner Jr. They released a debut album, “Young Jazz Giants,” in 2004.

Later, Washington joined the Gerald Wilson Orchestra for its 2005 album “In My Time,”and played saxophone on Kendrick Lamar’s “To Pimp a Butterfly” – a harbinger of his wide-ranging musical path.

Washington’s expansive, genre-blending music is also a product of his onstage schooling – years 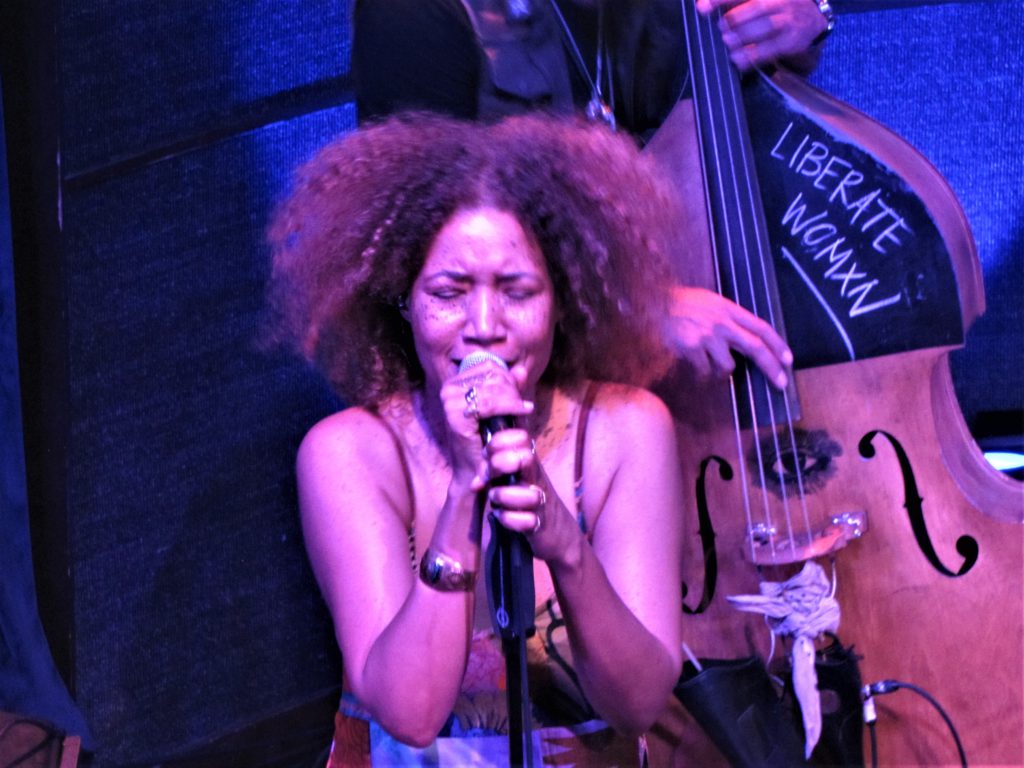 Rather than sheer instrumental chops – which jazz musicians and fans often focus on – the most impressive thing about Kamasi may be his imaginative, melodic gift as a composer-arranger. Many of his original tunes convey a sense of melodic grandeur, along with spirituality and Afro—centric, communal pride. That vibe probably stems from his early experiences playing in church, and being taught a deep respect for his musical elders, both near (his father and other South Central musicians) and far (Coltrane).

Washington’s two previous Twin Cities appearances were at larger, rock-friendly venues: the cavernous Theater in downtown St. Paul and later First Avenue – both much larger halls than the Dakota’s comparatively intimate listening room. His current stage show, driven two powerful trap drummers, Ronald Bruner Jr. and Tony Austin, seemed geared to those larger spaces. As a result, the sound mix was at times distorted and cacophonous, not the best setting for appreciating the nuances in the playing of the three horn players, (who included excellent trumpeter Dontae Winslow.)

Leading his band, Washington wasn’t averse to indulging in occasional, crowd-pleasing displays of technique, reaching for screeching high notes with telegraphed heroic effort. The fans responded in kind, even if the sonic distortion in the mix did anything but enhance the musicality.

Along with the bandleader, the other standout instrumentalists were keyboardist Brandon Coleman, and quick-handed drummer Bruner. (whose father, Ronald Bruner Sr., played with th 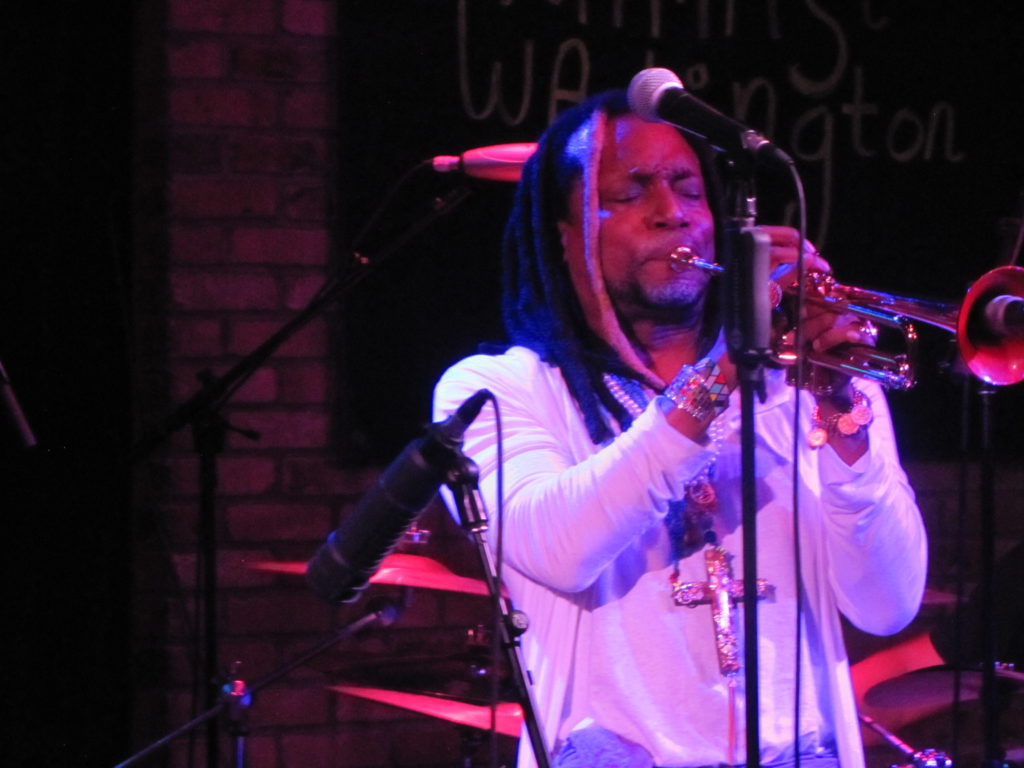 Washington led off the late set with “Will You Sing?” an uplifting spiritual he wrote for his ambitious 2018 release “Heaven and Earth”

Honoring one of his sidemen, Washington also led the band through a composition by keyboardist Brandon Coleman. “Mutha Africa” was built around a galloping, samba like-beat with some complex polyrhythms.

Closing the roughly 90-minute set was “Fists of Fury,” a forceful call for an end to black victimhood, with lyrics by Quinn and L.A.-based jazz vocalist Dwight Trible.