Skip to content
Home>Featured>Basie time machine lands in Fridley, then takes off 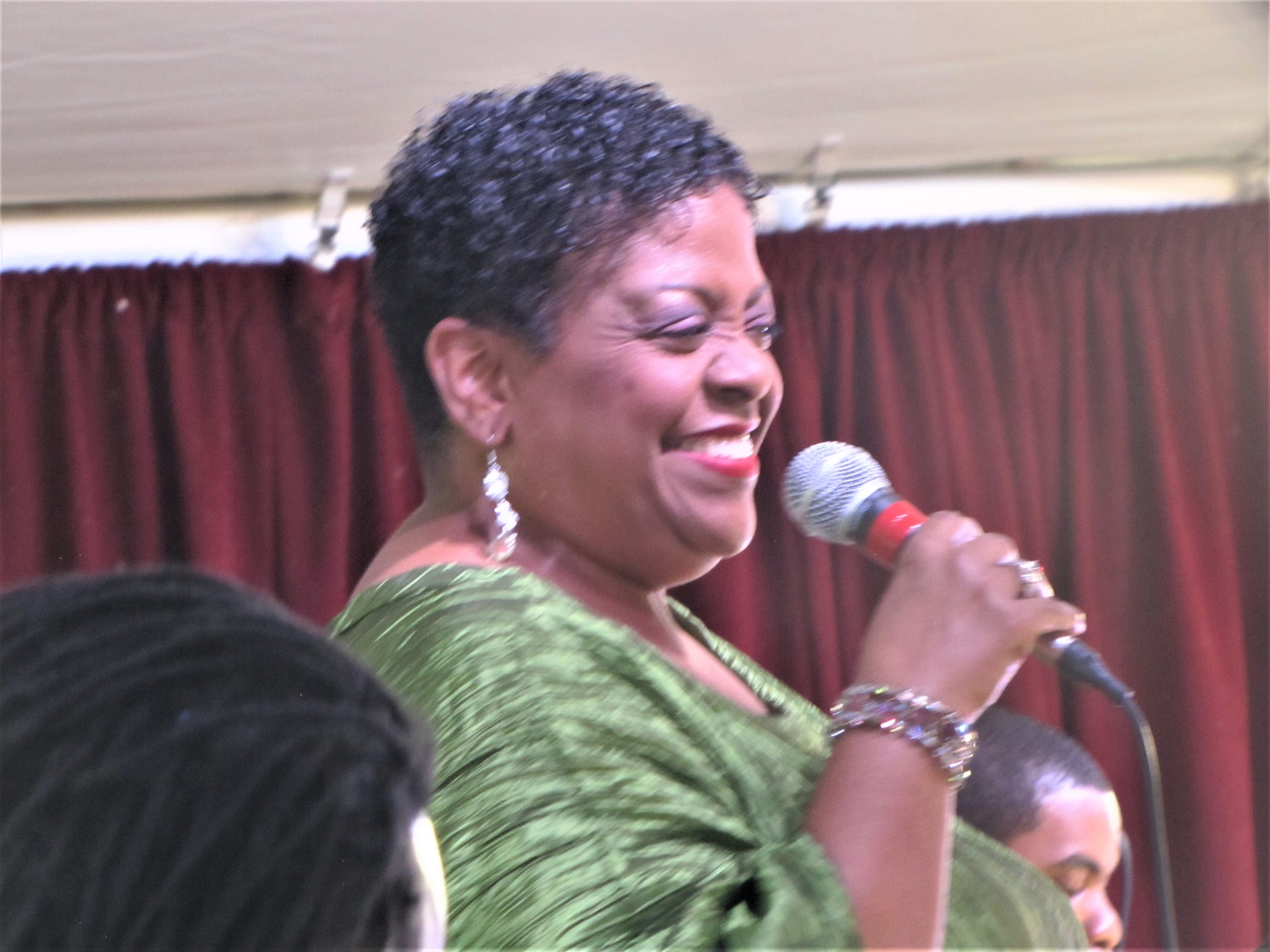 William “Count” Basie’s world-changing sound originated in a raucous Petri dish that will never be replicated – 1930s Kansas City – to become a band that will never be duplicated. The phrase “less is more” has long since become a cliché, but it could have been coined to describe the way Basie played the piano and arranged his music. The spaces he left between the notes and beats, and his sly use of dynamics, created the template for what might be the most-perfect-ever expression of swing.
Basie’s been gone since 1984, but the still-powerful Count Basie Orchestra showed that his musical blueprint is still intact, in two shows in the tent at Crooner’s in Fridley, July 21. On a less-humid summer evening, it was a beautiful, lakeside setting.
Because swing is an art, not a science it defies precise definition. But one quality that the Basie band has defined is the ability to play music that seems simultaneously “tight” (precise) and “loose.” The looseness dates back to the CBO’s origins in the funky Kansas City scene, stemming from the “Old Testament” Basie band’s reliance on loosely-organized head arrangements that – as jazz historians have pointed out – provided soloists with more improv freedom than was usually the case with the big bands of the era.
In the mid ’50s the band evolved into a more structured format, but Basie still allowed band members to craft arrangements tailored to famous soloists like Snooky Young, Thad Jones, Frank Foster, and Frank Wess. Over the decades, Eddie Durham, Thad Jones, Ernie Wilkins, Quincy Jones, Neal Hefti, Sammy Nestico, and Frank Foster became star arrangers.
Since Basie’s passing in 1984, Thad Jones, Frank Foster, Grover Mitchell, Bill Hughes, Dennis Mackrel, and now Sc 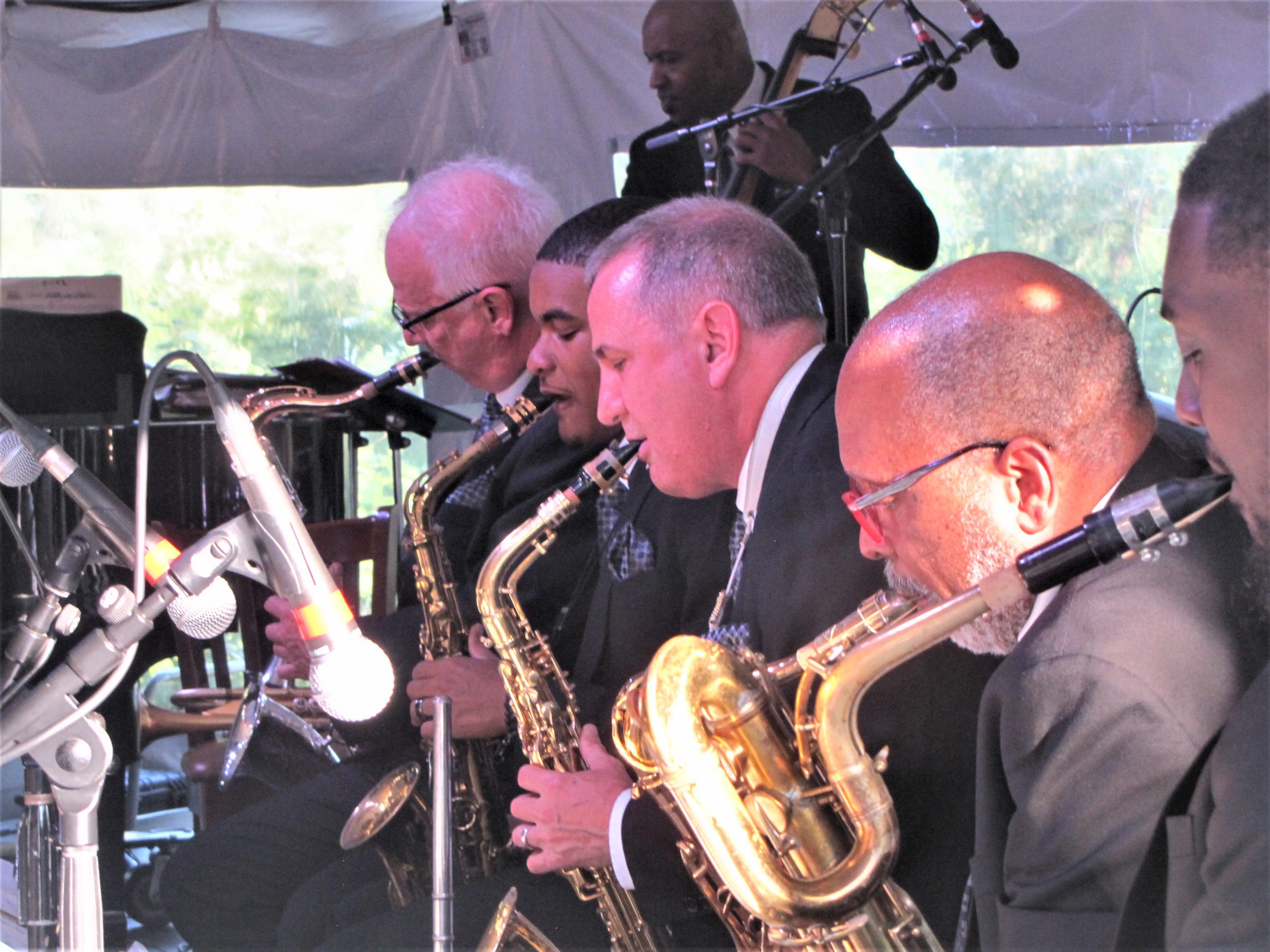 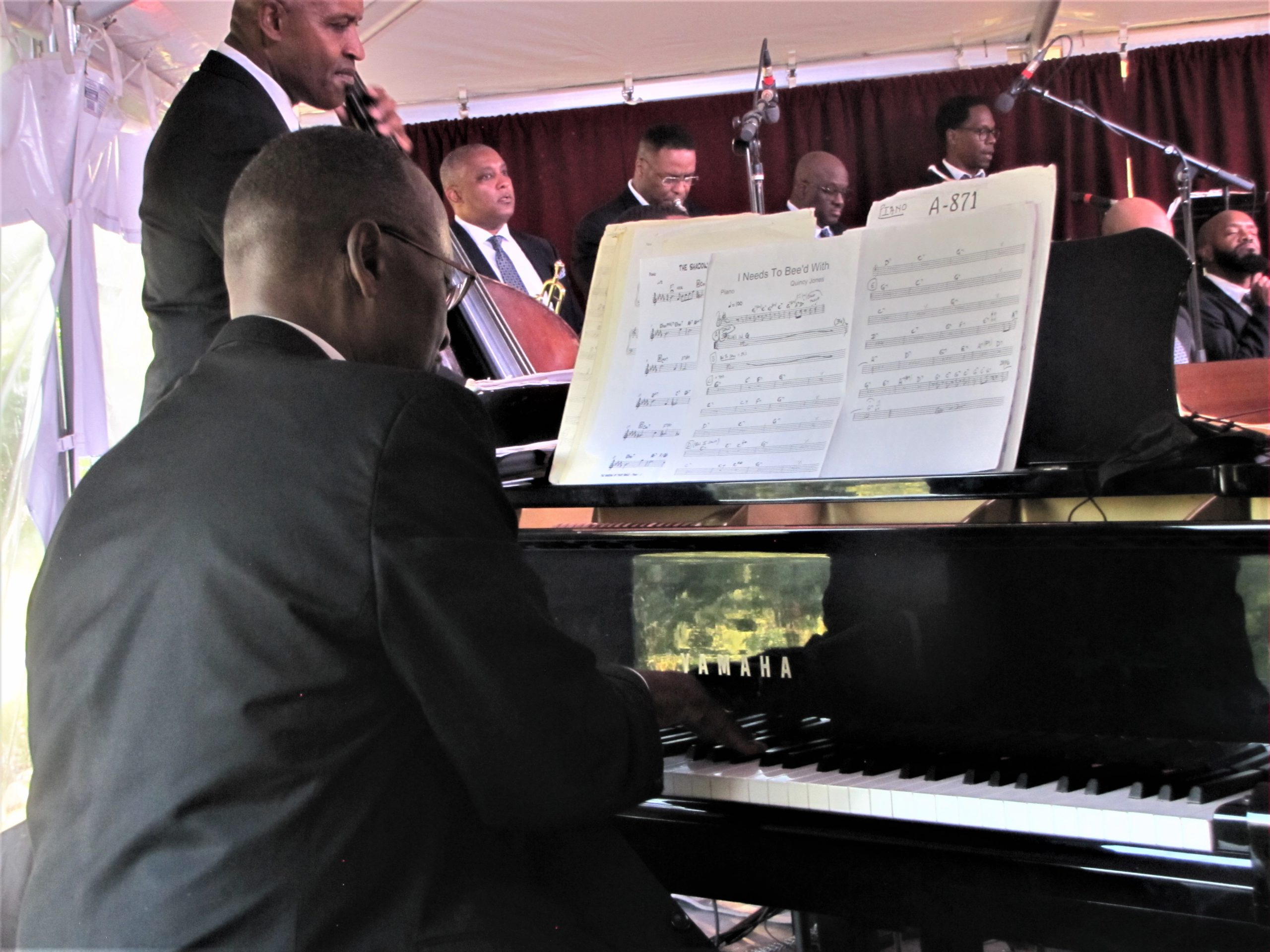 Barnhart who has been with the band since 1993, said its trumpeters trade off playing lead trumpet parts, depending on the song. “We spread the first trumpet parts around” and the spotlight, Barnhart said in a KBEM radio interview, recalling Basie’s dictum that “A happy band is a great band.”
Glen Pearson currently occupies the piano chair, what Barnhart refers to as “the hot seat.”
They kicked the second show at Crooner’s off with a driving version of talk show pioneer Steve Allen’s theme “This Could be the Start of Something Big,” with some dueling alto interplay from Marcus Howell and David Glasser. Boone’s crisp snare drum work provided the rhythmic punctuation that’s always been an essential part of the CBO’s trademark style.
Then the band quickly pivoted and took the audience back to Basie’s 1930s tenure as pianist with the high-flying Bennie Moten Orchestra, with “Moten Swing.” Basie cut the tune with his orchestra in 1940. Big-toned trombonist Clarence Banks, celebrating 38 years with the Basie band, was the featured soloist at Crooner’s.
Another staple played during the set was “Blues in Hoss’ Flat,” a CBO staple memorably featured in a comic scene in Jerry Lewis’ 1961 film “The Errand Boy.”
Bradford popped in and out during the set, ar 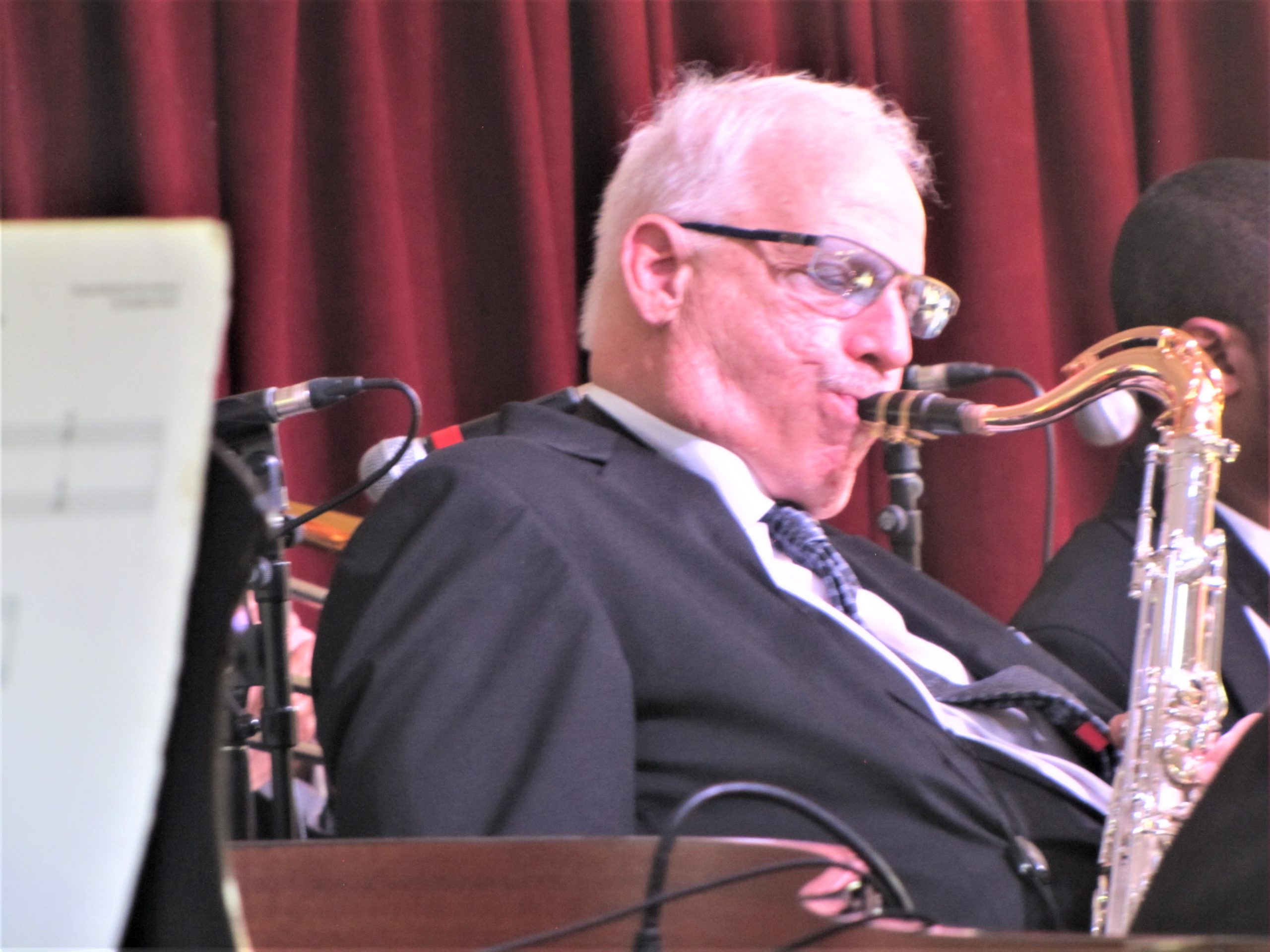 tfully revisiting a few standard love songs from the heyday of big bands, and some upbeat chestnuts that were a good match for her ebullient demeanor, like “I Love Being Here With You” and “The Shadow of Your Smile.” Bradford sang an old Doris Day song from the Hitchcock film ‘The Man Who Knew Too Much,” “Real Love Again.” Her voice soared on “Deed I Do,” originally sung with the Basie band by the great Ella Fitzgerald.
Bandleader Barnhart took a flashy trumpet solo on Bradford’s up-tempo rendition of “I Can’t Give You Anything But Love.”
Another piece in the CBO’s famously expansive “book” was an fairly obscure Quincy Jones instrumental called “I Needs to Be Be-ed with” served as a solo showpiece for trombonist Clarence Banks.
As Barnhart remarked between songs, the Basie group rarely plays a gig without including one of its signature pieces, “April in Paris,” complete with the familiar false endings. Bass trombonist Alvin Walker took the solo spotlight.
Some of the most impressive solo work of the night was turned in by reedman Dave Glasser. His alto solo elevated the 1930s standard “Easy Living,” and longtime Basie collaborator’s Neil Hefti’s “Flute Juice” showed Glasser’s virtuosity on his “second” instrument.
The CBO is in the middle of a 2 ½ week tour that will include a Sinatra tribute at the Hollywood Bowl, and is going to Europe in the fall. CBO is also planning to record a “first” in the big-band category, an album of Delta blues music, Barnhart told KBEM radio in an interview.

Of course, it will include a few guest, celebrity guitarists. Hopefully, the guests will treat the Basie house with respect and not overstay their welcome.

Dan Emerson is a freelance writer and musician.