We all know Jacob Collier is singularly gifted. His videos took the internet by storm in 2012, and Collier himself has been on a meteoric rise, musically and popularly, ever since. At 27, he’s won 5 Grammy awards and collaborated with jazz and pop titans, including Herbie Hancock, Snarky Puppy, the Korean supergroup BTS, and Coldplay. It seems Collier is popping out a new appealing creation every week, whether it be a vividly produced music video or a reimagination of a classic tune. Collier is currently touring his latest album, Djesse Vol. 3, created during the 2020 lockdown. It is the luminary’s first tour after the pandemic, and he was well-received by a Minneapolis crowd at the Fillmore last Tuesday.

Upon entering the Fillmore, a fine addition to an already impressive list of Twin Cities venues, one saw a classically Collierian setup. At least 7 keyboards, 2 full drumsets, 5 guitars, a grand piano, and a smattering of handheld percussion decorated the stage. The question wasn’t whether every instrument would be played but who would do the playing. Those familiar with Collier’s work know that his musical prowess extends beyond composition into the realms of vocal and instrumental virtuosity. The musician is equally competent on a mind-boggling number of instruments.

While the seemingly sold-out venue was there to see Collier, there might have been a collective sigh of relief when he was joined on stage by his five other bandmates. Collier has essentially made music theory ‘cool,’ bringing advanced harmonic techniq 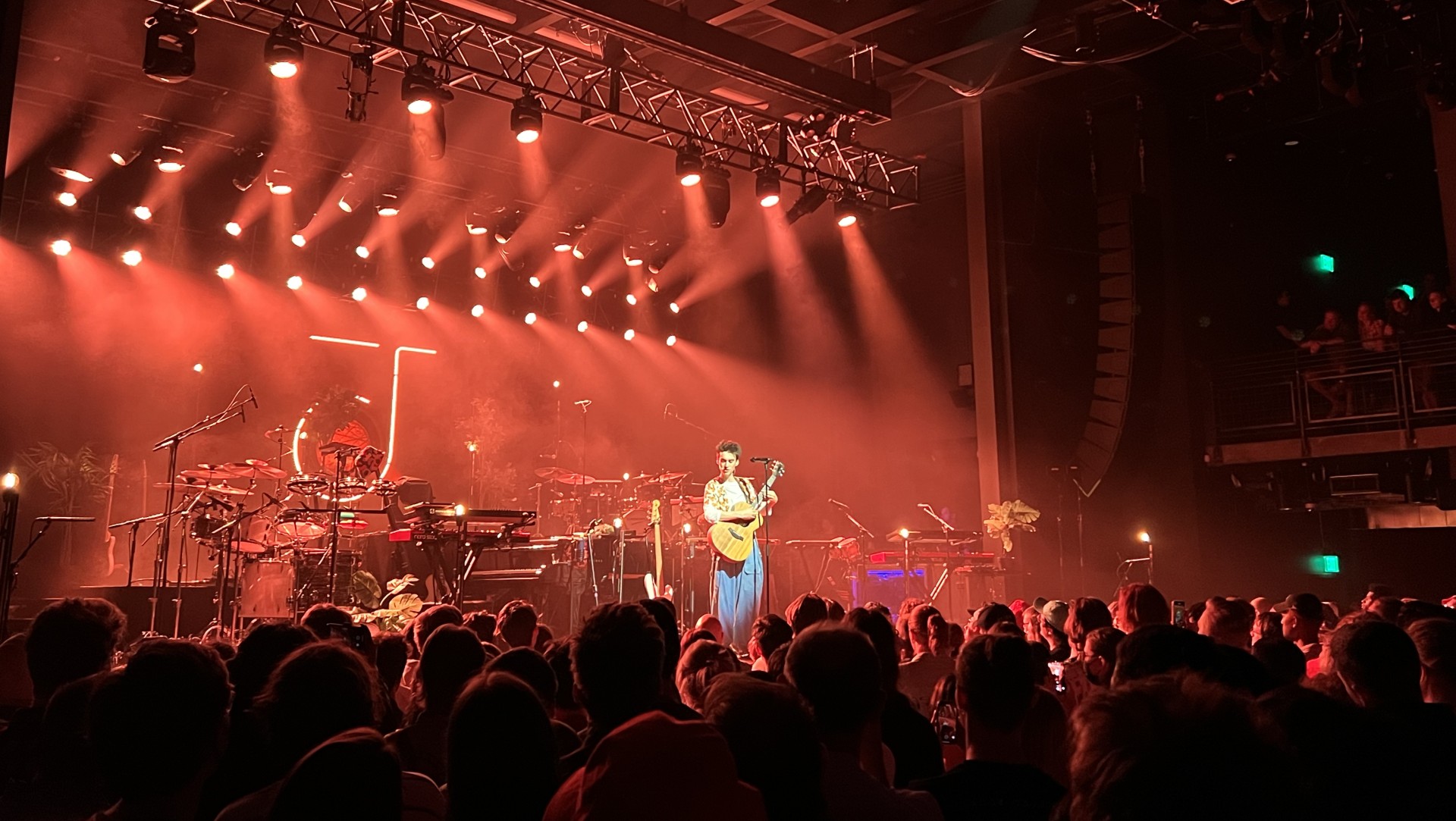 ues into the realm of popular music. While this sound is digestible in Youtube-sized chunks, the addition of a band broke up what could’ve been a potentially monotonous lesson in virtuosity and created space for fresh takes on a profoundly distinctive body of work. The trio of female vocalists, a drumkit player, and a dual guitar/bassist were more than up to the challenge of performing Collier’s work.

Jacob Collier is an energetic and charismatic force on stage, both musically and interacting with the audience. He drew the crowd in with a shameless British banter and a series of audience vocal harmonizations, where each section of the room sang different tones on Collier’s cue. Check out this example to get a taste: https://www.youtube.com/watch?v=OPtM9PByK_4

There was also lovely contrast in his performance. Multiple times Collier was alone on stage with the acoustic guitar or grand piano, an authentically modest decision given the grandeur of his setup. Collier also purposefully highlighted each member of his band and backstage crew; he seemed genuinely appreciative of the people he worked with. Collier demonstrated over two hours that in a world of prominent personalities shimmering brilliance and arrogance don’t need to go hand in hand.

If there is any room for Collier to grow, it is in the content of his lyrics. To be fair, his texts hold up with anything you might hear on a pop radio station, but the sheer depth of his musicality creates that much more space to fill. Collier proved he has the innate expressiveness to tackle more challenging subject matter in a cover of Simon and Garfunkel’s classic ‘Bridge Over Troubled Water.’ Still, most will say they don’t listen to Collier’s originals for the engaging story-telling. At this point, Collier’s lyrical maturation is less a question of if but more so when? He has set a high bar for himself but is more than up to the challenge.

In 30 years, people will discuss a Jacob Collier concert the same as hearing prime Miles Davis or Pink Floyd. The omnipresence of the internet somewhat dilutes the impact of experiencing his live-set, but one cannot deny his ethos. Jacob Collier has cross-generational appeal, and one would do well to experience his musicianship while his flame burns ever brighter. 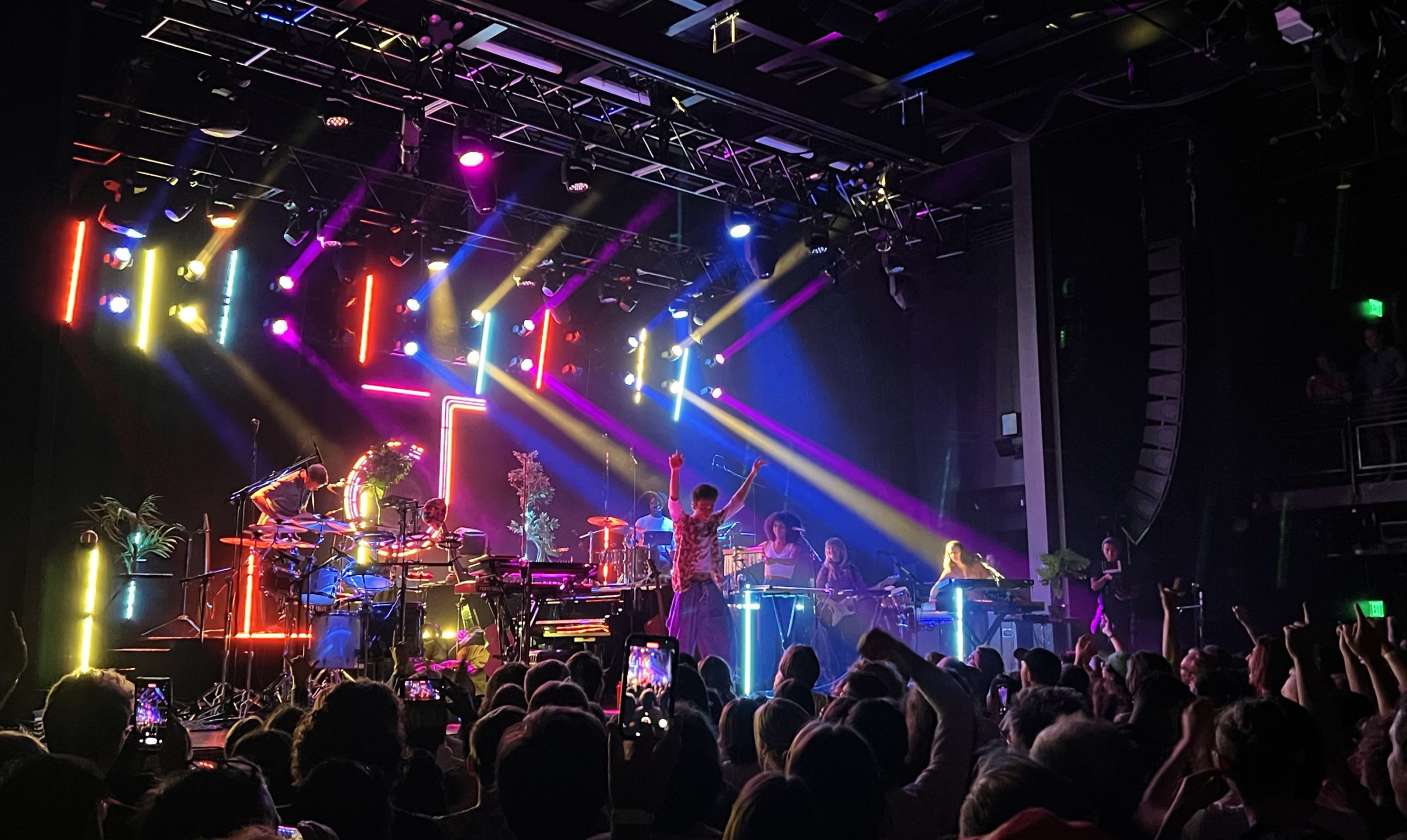