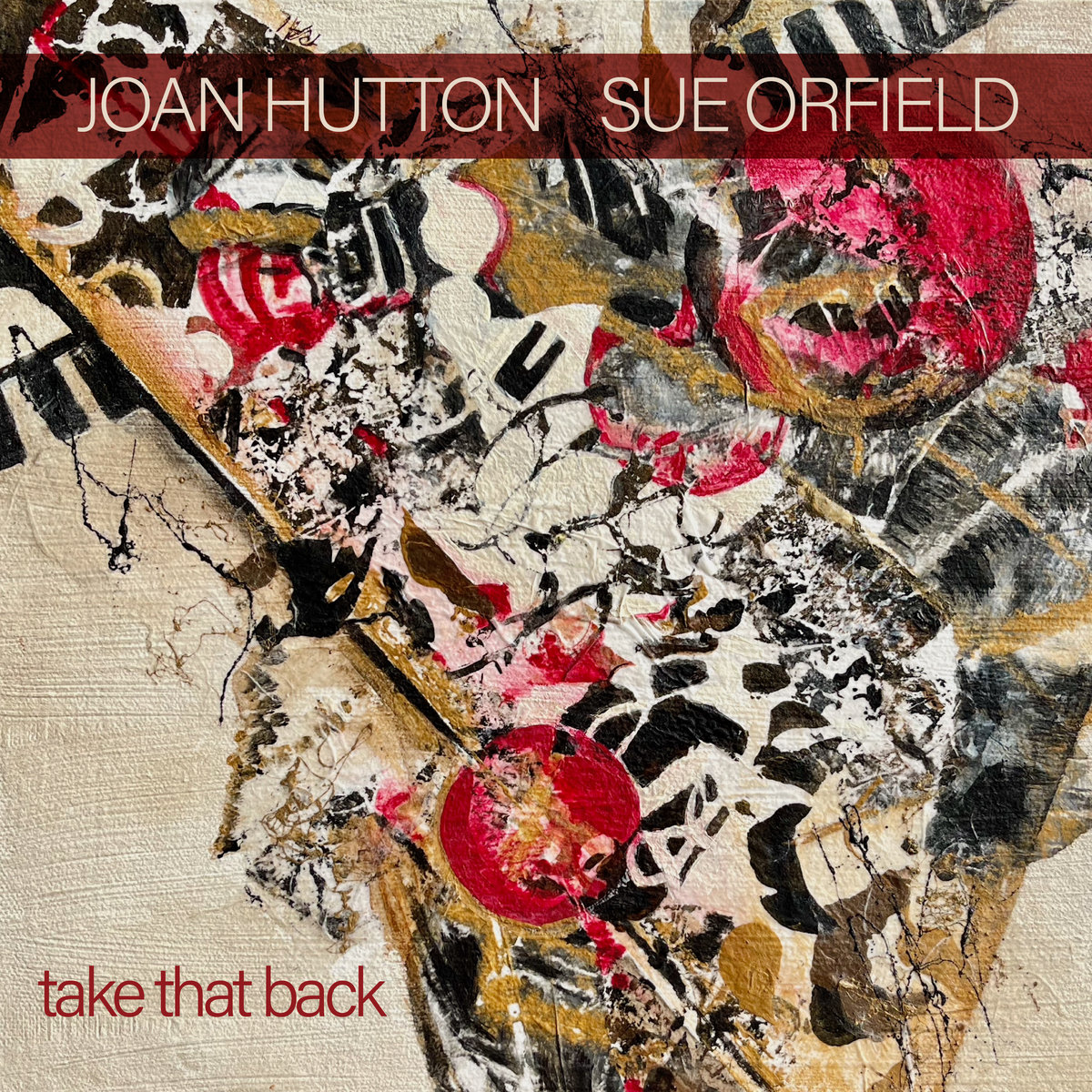 “Take That Back” is a great title for this band and its debut album, led by Twin Cities’ Joan Hutton and Eau Claire’s Sue Orfield, as it seems that is what they are saying throughout—“hey, listen up, take that back!” There’s something darkly playful brewing here! The ten tracks are all originals from the two leaders.

Despite the title of the first track, it is not a “Dirty Secret” that Joan Hutton and Sue Orfield are two of the top wind players in the region, and their opening combination of bass clarinet and tenor sax sets the tone for the rest of their new outing. This bouncy tune from Joan suggests a swinging exploration of a haunted house, with her bass clarinet tones, then Sue’s tenor, shifting up and down as if we’re playing on a forbidden staircase with some squeaky floorboards.

Haunting basslines from Kameron Markworth, saxes in unison, and slightly sinister piano work from Ted Godbout mark Sue’s “that it would not hurt you” (yes, lower case), while “My Six”(Hutton) proves to be very danceable, highlighting Joan’s alto. On her “Memory Bait,” Orfield’s snaky, ballsy tenor swirls with her trademark funky bop lines, while drummer Dave Schmalenberger provides a big band feel in his assertive support. Back to bass clarinet, Hutton soars over Godbout’s delicate repeating line on Sue’s “Hope for the Girl.”

On Joan’s “Dodged It,” the duo lines of tenor and bass clarinet are simply magical, and each horn and piano contribute their magic on solos as well. And don’t overlook the mystic subtleties of those drumlines. Hutton’s “Heading North” puts the spotlight on her lyrical alto and Markworth’s solo, then the graceful, soulful harmonies of the two horns.

“Steezy” (Orfield) finds Godbout on floaty keyboards, horns in unison and some funky drumming before Sue, then Ted, take us on a twisty ride; Schmalenberger answers with his own punchy solo.

I don’t think you will want to “Take That Back” once you hear this quintet’s stellar debut.

You can hear Take That Back, CD release parties in Minneapolis and Eau Claire: