A year ago in “20_from 2020 – New Music that Helped” I predicted that in 2021 we would witness an explosion of creativity after all the woodshedding that occurred because of the lockdown. I am glad to report that I was correct. Following are some of the great jazz albums released in 2021 and born during the pandemic. 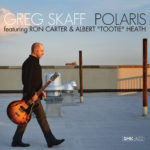 Guitarist Greg Skaff teamed up with jazz legends Ron Cater and Tootie Heath for a trio album This project began in 2019, but the final recording session occurred as New York was going into lockdown in march of 2020. Skaff has released records with quartets and trios before, although those trios were organ trios. This is his first recording with just bass and drums, which gives him more harmonic freedom as a guitarist. The album includes two Ron Carter compositions “Caminando” and “Little Waltz”.  “Little Waltz ” appears twice, first as a duo with Skaff and Carter and then again with the trio joined by Totoie Heath on drums. This album is a swing affair. Listen to Old Devil Moon. 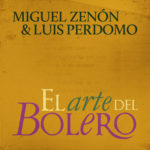 On September 28, 2020, in the midst of the pandemic, alto saxophonist Miguel Zenón and pianist Luis Perdomo performed and recorded a concert at The Jazz Gallery in New York City in front of a small audience to be livestreamed in November of that year. In 2021 this beautiful recording, which has received a Grammy nomination for “Best Latin Jazz Album”, became available for streaming and lossless digital download from Bandcamp. In the notes, Miguel said, “We chose compositions from the Bolero era that we could just play right away, without giving it a second thought: songs from the times of our parents and grandparents that somehow stuck around long enough for us to get to know them and truly love them. They are all as essential to our development as the music of Charlie Parker, John Coltrane or Thelonious Monk, but perhaps even more familiar. When we play these songs, we can hear the lyrics in the back of our minds—something that provides a very deep connection, one that is hard to replicate in any other situation. It really is almost beyond familiar. These songs are part of us.”  Download El Arte Del Bolero on Bandcamp 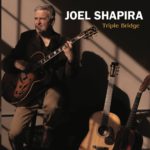 A solo project by guitarist Joel Shapira was born when time and isolation were met with imagination and determination. Shapira said that he composed more in the past two years than in the 25 years prior to that. Although he composed with a trio in mind he adapted them for solo guitar and recorded them. The only exception was on the track “Relentless” which is a tune featuring Shapira on guitar and Pete Hennig on banjo. Before the shutdown, Shapira and Hennig were playing together at a weekly gig. They recorded that track with stunning results when they were finally able to play together again. Although Shapira is a solid jazz musician with mastery of the guitar this album also reflects strong classical influences as well as a bit of bluegrass and blues. Visit joelshapira.com to purchase. 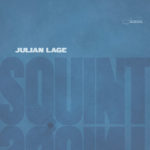 Guitar virtuoso Julian Lage’s Blue Note debut was planned prior to the pandemic but almost didn’t happen. The trio featuring Jorge Roeder on bass and Dave King (The Bad Plus) on drums had a tour that ended with a week at the Village Vanguard in January 2020. They had set a February date to record in New York. That date was pushed back to March when Roeder sustained an injury. Then New York went into lockdown, the recording date pushed to August and the venue was shifted to Nashville where Lage rented a house in June. After working out how they could assemble safely, King and Roeder joined Lage and they spent time working on the music and recording it. The skillful interplay of these musicians on Lage’s compositions pulls the listener in. It is at once accessible but the complexity reveals itself with deeper listening. 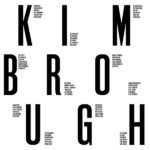 KIMBROUGH celebrates the music of pianist, arranger, bandleader, composer and educator Frank Kimbrough, who passed away in December of 2020. Recorded over three and a half days in New York in May of 2021, KIMBROUGH features Frank Kimbrough’s original compositions with performances by 67 of his former bandmates, students, and friends. KIMBROUGH contains 61 tracks of heartfelt and often stunning performances running about five and a half hours. KIMBROUGH is available on high-quality digital download on Bandcamp. All proceeds from the sale of this recording will benefit the Frank Kimbrough Jazz Scholarship at The Juilliard School. For my review including a list of all musicians see All-Star Tribute Recording to Benefit Frank Kimbrough Scholarship. 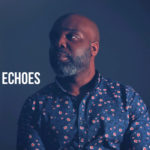 Saxophonist Jaleel Shaw, who became well known as he toured and recorded with Roy Haynes, recorded a solo album on both alto and soprano saxophone while home during the height of the pandemic. One benefit from this solo recording is that we can bask in Jaleel’s beautiful tone and melodies without distraction. He states his motives in the album notes:  “I’ve meditated on so many things during this pandemic. From losing my friend/mentors Lee Konitz, Jimmy Heath, and teacher Rayburn Wright recently, to the deaths of Breonna Taylor and one of my favorite artists – MF doom, learning about the Tulsa Massacre and Black Wall St., constantly worrying and thinking about my mother, remembering all of the amazing places I’d traveled to to perform before this pandemic (specifically an opportunity I got to travel to Morocco and play at the Gnawa Festival), and most importantly – focusing on the light at the end of this isolated tunnel and trying to stay as positive as I can be.”  This beautiful and heartfelt musical document can be purchased for download and streaming on Bandcamp. 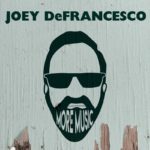 The king of the B3, Joey DeFranceso definitely took woodshedding to the next level by adding mastery of the tenor saxophone to his curriculum vitae which already included organ, piano, and trumpet. After working on tenor he assembled a trio which includes another multi instrumentalist, Lucas Brown, who doubles on organ and guitar along with drummer Michael Ode. On the album, and when they tour, Lucas plays organ while Joey plays trumpet and tenor sax, and then Lucas plays guitar while Joey plays organ. This project landed Joey on the cover of Downbeat Magazine in November holding his tenor sax in one hand and his trumpet in the other. Joey’s suggested antidote for the covid blues is More Music. And this album delivers that with 10 original burners and ballads all composed and arranged by Joey DeFrancesco. 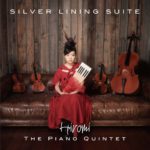 Regardless of the obstacles, pianist Hiromi’s boundless creative energy always finds a project. For Silver Lining Suite Hiromi recorded with a string quartet assembled by violinist Tatsuo Nishie, concertmaster of the New Japan Philharmonic. Hiromi’s compositions and arrangements for this third stream blend of classical music and jazz were her explicit response to the pandemic – to find the silver lining to the dark cloud. The four parts of the suite have names that reflect the struggle in lockdown:  “Isolation,” “The Unknown,” “Drifters,”  and “Fortitude”. The rest of the album includes other pieces inspired by the pandemic as well: “Uncertainty,” “Someday,” and “Jumpstart.” 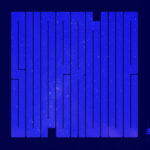 This unexpected album puts Grammy winner jazz vocalist Elling in the middle of a jazz/funk/fusion project co-produced with guitarist Charlie Hunter who brought in keyboardist DJ Harrison and drummer Corey Fonville from Butcher Brown. Arranged and composed over a distance (800 miles between Richmond VA and Chicago) with Hunter as the go-between, he and Elling listened to recordings of different groove and selected some of them to improvise and record over. Elling actually never met  Fonville or Brown during the process. Sounding like a funky, soulful beat poet Elling pays homage to Sarah Vaughn in “Sassy,” gives a nod to Jack Kerouac in “Dharma Bums,” and reimagines Tom Waits “Circus.” Elling adds lyrics to Wayne Shorter’s “Aung San Suu Kyi” in the song “Where to Find it” and also adds lyrics to Carla Bley’s “Endless Lawns.”  Purchase download SuperBlue at Edition Records or get the CD or LP at your local record store. 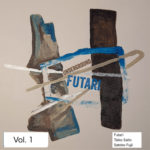 Another collaboration involved exchanging music files over an even greater distance with pianist-composer Satoko Fujii in Japan and mallet virtuoso Taiko Saito in Germany. Earlier in 2021 this duo, named Futari, released Beyond, a recording they made while on a tour of Japan (See my review Prepared Piano Albums from Benoît Delbecq and Satoko Fujii). For Underground  they collaborated by listening, playing along, and sending files back and forth and finally assembling the music like Lego blocks. The result is surprisingly cohesive and feels just as organic as the earlier recording and they dig much deeper. The new work is strange and beautiful as these two musical explorers extract new kinds of sounds from their instruments. Stream or download Underground from Bandcamp.